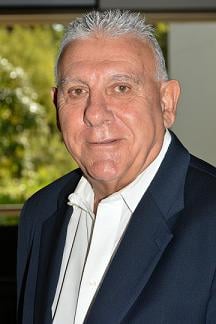 “There are over 50 million displaced people globally – 26% of these are in sub-Saharan Africa, and 36% are in the Middle East and Asia,” says Nat Colletta. “Displacement occurs for very different reasons and reflects very different experiences for those displaced but it has a far-reaching impact on all concerned.”

“The challenge is to change the global mindset to seeing those displaced not as victims with needs but as survivors with capacities,” he continues.

Colletta has been involved in managing social reintegration and war-to-peace transitions in Africa and elsewhere since the early 1990s. He helped to establish the World Bank’s Post Conflict Unit which initially worked in Uganda to reintegrate soldiers into civil society and later did similar work in Rwanda, Eritrea, Somalia, Angola and Mozambique. “The aim was to find common ground, manage diversity through development and assist these countries towards post-war ‘normal’ economies.”

His current focus is forced displacement in the Horn of Africa and related government and donor policies, and he presented this work to STIAS Fellows in June towards the end of his two-month fellowship.

Forced displacement is defined as being forced toflee a country of nationality or place of residence to avoid the risk of persecution or violence or as a consequences of other factors. There are many ‘push’ factors including environmental change, natural disasters, pastoralism, food insecurity, loss of livelihood and economic opportunities particularly for the youth, and weakened governance and social networks. Refugees are normally defined as those who have been forced to flee their country while internally displaced persons have not crossed an international border and remain under the legal protection of their own government.

There are four main situations in the Horn of Africa causing the displacement – “In Eritrea many males are leaving to avoid compulsory conscription – many of whom are currently being picked up on boats to Europe,” says Colletta. “In South Sudan and Sudan there remain geographical conflicts and ethnic politics; and in Somalia there is ongoing violence and food insecurity”.

Whatever the reasons, forced displacement has many consequences including a negative development impact on human, social and natural capital; reversals in economic growth, poverty reduction and environmental sustainability; and, the creation of a potential breeding ground for further conflict, political instability and terrorism.

Colletta’s research is looking at understanding the conditions and experiences in a number of refugee camps in Ethiopia, Kenya, Djibouti, Uganda and South Sudan. Life in a displacement camp between and even within the countries can be very different. “Obviously the environment is an important factor, but so is cultural affinity and ‘ethnic fit’; existing economic and employment opportunities; and, whether the camp is a temporary stop on route to somewhere else or a more permanent situation.”

“Some of the camps are protected welfare environments, some are basically open prisons, while others are hubs for skills training and economic opportunities – with refugees earning enough to send remittances home.”

“Dadaab in Kenya, for example, is home to 250 000 people and acts as a de facto free-trade zone – it’s the best place to buy imported tax-free cars, scooters and electronic goods,” says Colletta.

“But there is no question that there are serious repercussions including market distortions: in prices, wages and rents; basic service overload; social fragmentation; further environmental degradation and, sometimes, violent conflict,” says Colletta. “The legal policies and practices of the host countries, which vary greatly in the region, determine the outcome. Countries generally operate in their own interests.”

In turning to South Africa, Colletta points out that the legal policies are in place but “recent events – ‘Afrophobia’ – have highlighted the gap between policy and practice with migrants increasingly being labelled as ‘illegal, criminal, troublesome, ungrateful and undeserving’.”

International programmes including the United Nation’s Human Rights Commission Project ReHope and the World Bank’s Regional Pastoral Livelihoods Resilience Project are having some successes. However, Colletta believes there is a need to move from “care and maintenance to resilience and self-reliance”. This means identifying development deficits, targetting and integrating the most vulnerable, and holistically addressing the push and pull factors”.

He believes there is a need to harmonise country policy and legal frameworks; create livelihood opportunities; mitigate environmental deterioration; strengthen the social and physical infrastructures, provide conflict management, mediation and resolution capacity; ensure donor and NGO co-ordination and, most of all, stop the displacement in the first place “through security, rule of law, and equitable development”.

“It’s important to give displaced people a chance to express their views on what their needs are. No voice = no ownership = no sustainability.”