Aliquid Novi and the Perold vineyard:
Innovation of a different kind

The unique Pinotage wine from the iconic Perold vineyard. 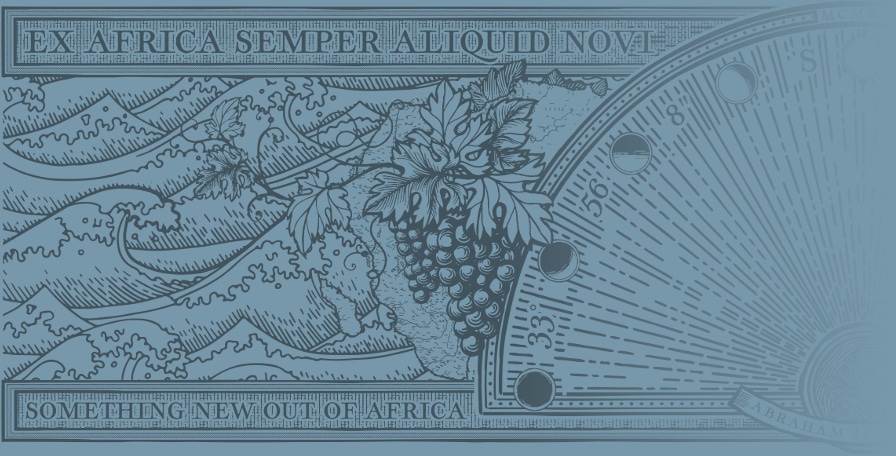 When planning the development of the Mostertsdrift site for STIAS, municipal zoning forbade buildings on the southwest corner of the property. As part of the old bed of the First River it is subject to potential flooding. This led to the plan to plant a vineyard on this half-hectare section. Mostertsdrift, one of the oldest Stellenbosch farms, produced wine from as early as 1692.

However, the idea of a vineyard was not only inspired by history. Echoing the commitment of STIAS to promote ground-breaking research, the vineyard honours the legacy of another pioneer and innovative thinker, Professor Abraham Perold.  By crossing Pinot Noir with Hermitage (Cinsaut), Perold became famous as the creator of the uniquely South African cultivar Pinotage. It is therefore only natural that Pinotage was chosen for the new vineyard. Other aspects of the project reflect the same spirit of experimentation and innovation which characterises STIAS.

The Perold Vineyard covers a mere 0,5 hectares and is planted with 966 vines. It is the southernmost vineyard in the Jonkershoek Valley district. The land itself presented several challenges. Being a low-lying area it was originally marshy and poorly drained. The solution was to use the material (mainly river stones and soil) excavated for the basement parking of the new building as landfill. This raised the level of the vineyard by about 2 metres which took care of the drainage problem.

The vines were planted on 2 October 2006 by representatives of STIAS, the Perold family, the Pinotage Association, the University and the vine sponsors.

In line with the experimental character of STIAS, the 24 double rows of vines were planted in a semi-circle to expose the vines to different sun positions through 180 degrees. Understanding how this variance in sun exposure will affect the wine produced from the different rows is one of the experiments planned for the future. In addition, a new form of double trellis system was designed for the vineyard.

The wine produced from the Perold Vineyard is unique in several respects. The PIN48 clone (’medium growth and yield, very fruity’) grafted onto US8/7UC32 rootstock, results in a very specific expression of the Mostertsdrift terroir and of the Pinotage grape. Despite the prediction by doomsayers that “no vineyard will grow on a pile of rocks”, the vines are settling in very well and producing fruit of exceptional quality. As already indicated, the river stones serve more than one purpose: They force the vines to work hard, thus producing fruit of intense colour and bouquet; they cool the root system down in summer; and, they provide good drainage.

The result is an elegant, lighter wine of pronounced character. It is clear that this descendant is closer to the Pinot Noir parent than the Hermitage lineage – not heavy or overwhelming, but nuanced and complex. The colour is nonetheless deep and the nose typical Pinotage.

The 2013 vintage was the first to be released. After ten years the vineyard is well established and is delivering wine of exceptional quality. With a production of little more than a thousand bottles per year, it is bound to become a collector’s item.

Aliquid Novi and the Perold Family

The vineyard is not only a tribute to the contribution of Abraham Perold, but continues the relationship with his descendants. His son, Professor Roland Perold, and members of the family participated in the planting of the first vines in 2008 and some of his grandchildren (including his namesake Abraham Izak Perold) attended the launch of Aliquid Novi on 5 November 2018.

The vineyard is close to Welgevallen where Perold accomplished his original breakthrough in 1925. Ironically, he himself probably never tasted Pinotage wine before his death in 1941. With modern techniques of propagating plant material, it is difficult to appreciate the time needed for his original experiments. The task required endless patience and precision. The flowers of the Cinsaut grapes had to be pollinated with the pollen of the Pinot Noir parent at exactly the right time. These bunches then had to be covered individually to protect them from any unwanted pollen. The pips of the ripe fruit then had to be planted and carefully nurtured. The best specimens were selected to plant as vines which hopefully would produce an interesting wine of high quality – leading to the next round of selection and experimentation. Perold’s cross yielded only four seedlings which he planted in his garden at Welgevallen before he moved to the KWV. These seedlings were saved just in time by Charlie Morkel (later of sherry fame) from the spades of a team of gardeners when he by chance rode past on his bicycle and saw them cleaning up the garden. These seedlings were re-established in the nursery at Elsenburg by Professor C. J. Theron who, in 1935, grafted them on Richter rootstock.

Theron showed the four grafted vines to Perold who was very enthusiastic about the potential of the new variety and wanted to have them propagated immediately. The story goes that he gave the best to Paul Sauer of Kanonkop, the second to P. K. Morkel of Bellvue (his rugby friends) and the third to Paul Canitz of Muratie.

There is an interesting story behind the name Aliquid Novi. Because “Perold” is already a registered trademark of the KWV, an alternative name had to be found. The label used for the 2013 vintage refers to the dictum of Pliny the Elder, a Roman philosopher of the first century: ex Africa semper aliquid novi (“something new always comes out of Africa”). So Aliquid Novi (“something new”) quite naturally presented itself as very fitting description of the wine.

Simplicity and clean lines were important considerations in the design of the label and the choice of bottle. The cursive script in which the name Aliquid Novi appears, comes from the handwriting of Professor Perold himself. The designer, Igor Moulder, used Perold’s handwritten notes from one of his overseas visits.

The background of the label represents the “alchemy of Pinotage” – the magical combination and transformation of water, soil, sun, wind, seasons and the fruit of the vine. The fan-like design of the vineyard, its GPS coordinates, the expanding influence of Perold’s work and even his thumb print can be seen.

Since 2017 Lanzerac Wine Estate is responsible for the management of the vineyard and for the making and marketing of the wine. This is not a new development, but is based on the history of the two farms.

The two neighbouring farms were closely linked from the beginning. Isaak Schrijver became the second owner of Mostertsdrift in 1691 and in 1692 the farm Schoongezicht (the present Lanzerac) was also allocated to him. For more than a hundred years the two properties were farmed as a unit until 1917 when the then owner Coenraad Fick sold Mostertsdrift to his brother-in-law Johannes Delport.

Lanzerac is, of course, synonymous with Pinotage. This estate is famous for the first Pinotage which was commercially marketed in 1959, commemorated by its current Pionier Pinotage. Over the years,  the Estate’s other top-level wines have won numerous awards and prizes.

Both Lanzerac and the Perold Vineyard form part of the Jonkershoek Valley district and Aliquid Novi will be marketed as a single vineyard wine from this district.

Aliquid Novi is available to the public at Lanzerac and can also be ordered from its international agents.

The income from wine sales will be used to offset running costs but also to support the Protégé Programme. The aim of this programme is to enable young viticulturalists and oenologists, and other entrants to the industry to gain more experience of the wine business, thereby contributing to a new generation of experts.

Successful candidates will be supported to work for one year with one or more members of the Pinotage Association. The idea is to expose them to the many facets of the wine industry allowing them to gain practical experience. The year will not only boost individual careers, making them more sought-after employees, but also contribute in the long run to raising the quality of South African wines even further.

STIAS has the overall responsibility for managing the vineyard in accordance with its goals.

The Pinotage Association adopted the vineyard from the beginning and also supported it financially during the initial years. The enthusiasm and drive of Beyers Truter, De Wet Viljoen en Duimpie Bayly, and others, was and remains invaluable.

Lanzerac takes care of the vineyard, makes and markets the wine.

The Department of Viticulture and Oenology provided much-needed technical advice and supported and managed the vineyard during the first years.

Each of the 966 vines has a personal sponsor who made a financial contribution towards the establishment of the vineyard and follows the progress of their vines with great interest. Every year we celebrate harvest day in February when sponsors and friends of the vineyard join in to gather the first grapes and press them in the old style before a day of braaiing, fun and relaxation.

Aliquid Novi is for sale at the Tasting Room at Lanzerac Estate or can be ordered from the Lanzerac Wine Shop.
Contact Eske Cilliers at 021 886 5641 or [email protected].