“There is something uncomfortable when sexuality and disability are brought together,” said Ifeyinwa Okolo of the Department of English and Literary Studies at the Federal University, Lokoja, Nigeria. “Sex rarely occurs in the same sentence with deformity, probably because a lot of people tend to define individuals with disabilities/deformities using their challenges, denying their existence as sexual beings. It is not uncommon to perceive the challenged as asexual or not needing sexual validation, yet, people with disabilities, just like everybody else, are wired sexually.” 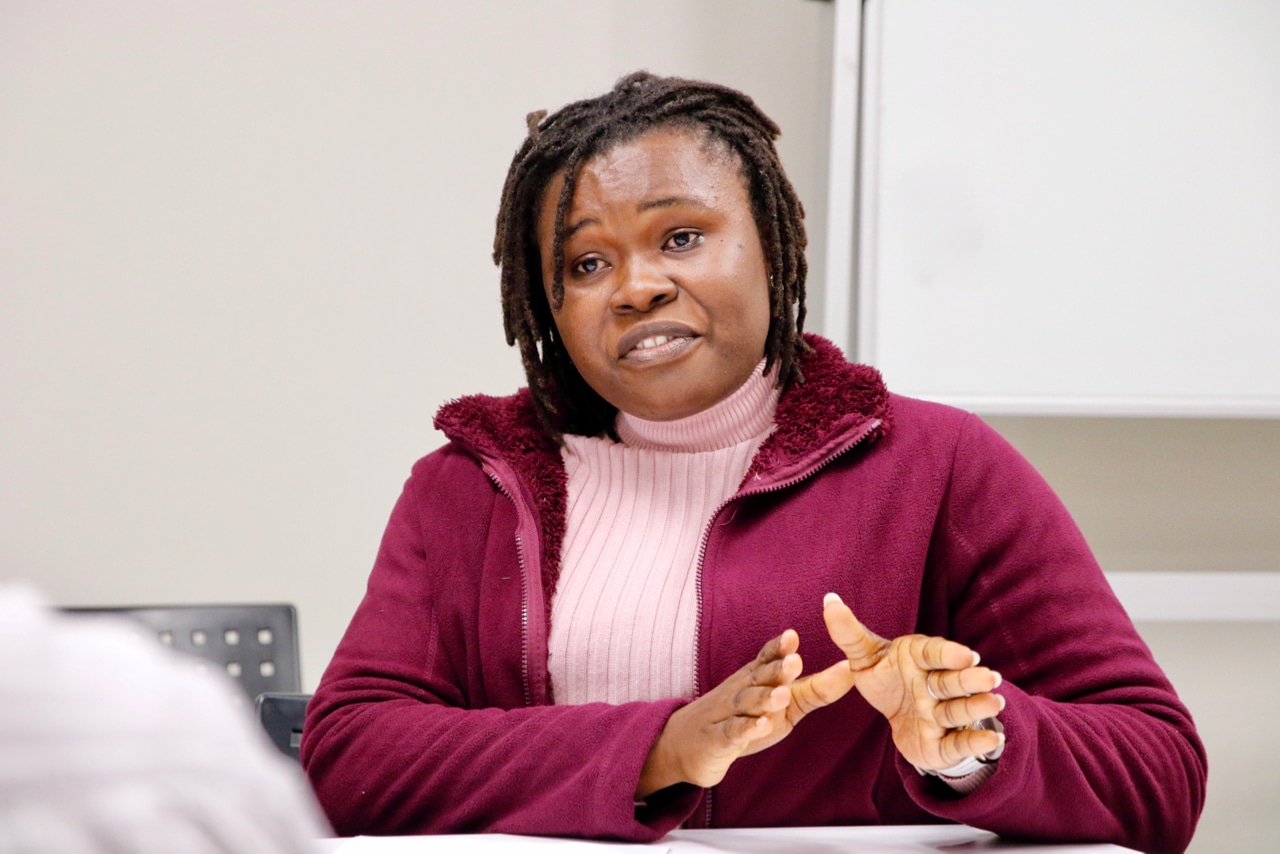 Okolo, who is a STIAS Iso Lomso fellow, was presenting ideas from her study that aims to read narratives that focus on the representations of (dis)abled bodies in sexually charged spaces in a bid to (re)value these bodies as they negotiate their humanity as well as their capacity to give and receive pleasure. She focused specifically on Wale Okediran’s Dreams Die at Twilight.

“From presenting deformities as grotesque and the reason to discontinue sexual relationships to giving the idea that deformity comes with some kind of sexual perversion, several African writers have made their contributions on the sex life of the physically challenged/deformed. Many of these writers de-emphasise sexuality but dwell on the deformity of these characters in ways that suggest that the characters crossed the line of acceptability when they became sexual. Fewer texts pay attention to the re-validation of the personhood of bodies with deformity in ways that affirm their sexuality.”

“Reductionism occurs,” she said. “Everything about the character is about their disability – they have no other form of existence. They are seen as persons with no value and no business having sexual lives.”

In Okediran’s Dreams Die at Twilight the protagonist is disabled and scarred due to polio. A successful medical doctor, he descends into necrophilia and murder when rejected by the type of women he desires.

“The mix of a deformed body, necrophilia and psychosis raises a lot of questions on the perception of sexuality and disability,” said Okolo. “Most of these questions are worrying and do not have easy answers.”

“For this character, sexuality is a yardstick for his stability. His emotional highs and lows and personal confidence are all dependent on his sexual success.”

“Okediran portrays the character as someone with emotions – who can connect, is intelligent, does well in his chosen field and navigates the other spheres of life successfully. He is allowed to experience growth through the writer’s examination of the cause and effect of his actions. For him, the bad treatment he receives leads to the bad things he does.”

“You are invited into the head of the character – and his reaction on the outside to what is going on inside,” she added.

Okolo also pointed out that the introduction of psychosis is an interesting approach from the author as mental disability is traditionally treated differently from physical – “It tends to be given more spirituality – the mad man as prophet/seer. Is the psychosis introduced to beautify the character, to restore his humanity?” she asked.

Some of the issues highlighted in the stimulating discussion included the role of the narrative versus the character’s voice; character as a critique of how society thinks about the relationship between disability and sexuality; whether a novel like this is set up to critique representations in other literature; seeing the novel as a critique of the society that produced the protagonist; whether this could be seen as a satirical novel; the issues of patriarchy and misogyny highlighted by the novel; as well as the challenges of reading text within a social model and within a specific time, context and cultural moment.

“Writers don’t write in a vacuum,” said Okolo. “Disability and sexuality still live on the margins. There is still discomfort in discussing matters of this nature – we have to disrupt the marginality and create ways for us to see disabled people other than the ways in which we have been culturally groomed – beyond our fear and ignorance.”