“Police dogs were creatures poised between citizenry and state, between technology and sentience, agency and training, between good and evil – and always between nose and teeth,” said Sandra Swart of the Department of History, Stellenbosch University. “I look at history from a lot closer to the ground than usual. I do so to ask: How did dogs become signifiers of anxiety and stereotypes that different raced and classed groups have of each other? Especially one specific fear – of which so many witnesses have spoken – the African fear of the police dog (emphasised in a speech by President Zuma in 2012 who described ‘loving a dog as mimicking white people, a rejection of African tradition’).” 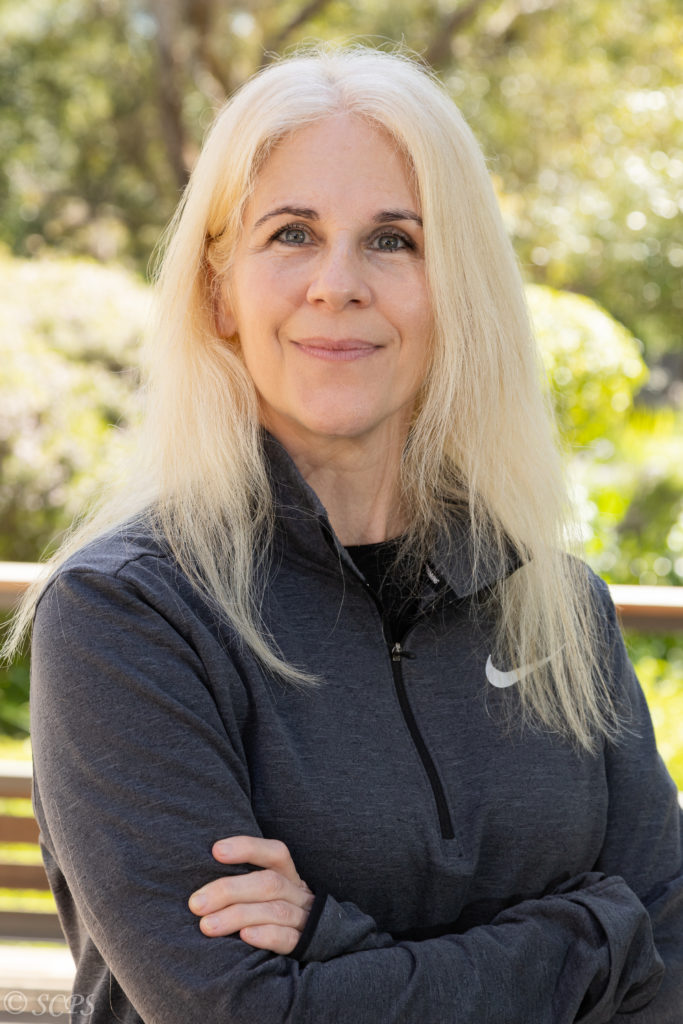 “It’s a dark history. This talk will not be an easy one. You will encounter some good men and good dogs. But you will also meet very bad men and even some bad dogs. The history is what matters. The evil lingered long after apartheid ended – history keeping its teeth embedded in the skin of the present.”

STIAS fellow Swart was presenting a seminar on her research into the history of police dogs, part of a book on the animal history of South Africa – “History told from the perspective of animals”.

‘Bad dogs’ on the loose

She started by relating an incident that occurred in 1998 when police of the East Rand Dog Unit arrested three Mozambican immigrants looking for work. The police initially demanded a bribe then turned the suspects into bait, bypassing two dogs who didn’t bite to bring in ‘Rex’ – “a proper South African police dog who knew how to hurt”. The resulting video showed the tasting-blood method – “a shocking video of snarling savagery and a terrible failure for the immediate post-apartheid state”. The video, complete with laughter, was regularly shown at police braais until it was leaked to the media and the policemen were arrested and imprisoned.

“This incident strongly reflected the broken relationship between the citizenry and the police – the brute power of the state and the state’s power of the brute. Bad dogs on the loose,” said Swart.

But it was an incident nearly a hundred years in the making in which the innocent use of dogs as detectives – especially as scent trackers – was turned into something far more evil, cruel and powerful.

“How did South Africa’s police dogs become the epitome of terror – the snarling German Shepherd straining on the flimsy leash held in the heavy hand of a brutal white government? There is a long and contested history of dogs’ deployment in policing human hierarchies of power, policing with dogs changed over time and there were different schools of thought on what a ‘police dog’ meant to South Africa – a shifting but distinct way of being co-created between two species.”

To tell the story, Swart started with the establishment of the South African Police Service shortly after the Union in 1910 when the use of dogs in detective work particularly in the rural areas and gold mines was new and exciting, and dogs were valued for one sense in particular: smell.

Many of the dogs were imported from Europe at great expense and trained by Cornelius Kuyper (a Dutch ex-pat who came to South Africa in 1897) to aid detection work – tracking not attacking and trained to identify suspects in identity parades. “Their early work was not suspect based, but based on the nature of the crime.”

Initially evidence from the canine detectives was not valid in court but over time they took what the dogs were telling them as real evidence. They were incorporated into the fabric of policing and by the end of the 1920s there were over 200 police dogs and some experimentation with breeding.

Swart, however, also highlighted links made between the dogs and witchcraft.

“The archives show a surprising number of spontaneous confessions from suspects,” she said. “Now this could be because of the growing impact of the field of forensic science and a sense of wonder at what dogs could do; it could be based on extracting confessions by violence; or it could be that in popular imagination they were seen as replacing isangomas and healers in their ability to smell out evil. There is some evidence that many Africans called them ‘witch dogs’.”

“The suspects may have been confessing to something they perceived within themselves, not the actual crimes,” said Swart.

She also explained that from the dogs’ perspective the sniffing and identification could have been triggered by their desire to please humans – “reading body language and taking cues from their handlers. The Clever Hans effect – described by the police themselves in this period”.

Nevertheless, police dogs in South Africa were at the cutting edge of detection work and of national pride. A Doberman called Sauer even earned a place in the record books by tracking a stock thief for 100 miles in the Karoo. It was made very clear though that police dogs shouldn’t hurt anyone resulting in a number of court cases in which people received damages.

The dogs increasingly came to be used for work on gangs – including the Ducktails and Tsotsi’s – and for crowd control. However, it was their use in strike violence on the mines and for apprehending diamond thieves that probably sowed the seeds for their more violent future.

“Things changed fast with the increasingly heavy hand of the apartheid state,” said Swart. “In 1961 a SAPS study tour to Europe shifted the focus of canine policing. Sharpeville had occurred and police wanted a different kind of dog – one that could impose physical and psychological order on the African population. New dogs – mainly German Shepherds – were imported, bred and donated. The force was multiplied – with an emphasis on force.”

Training methods started in the mine compounds became more mainstream, catching the public imagination. Police dogs were increasingly used in political crowd control, trained to attack and, specifically, to attack Africans. “The switch from detection to attack dog was driven by politics and a shift in who was being policed.”

“It wasn’t innocent,” said Swart. “It was about performing power, patrolling race, cementing the insistence on a biological basis for difference and deference.”

“The dogs became a living, snarling display of the power of the state. There are scores of cases of such brutality with Truth and Reconciliation files showing that dogs were also used for interrogation and torture. The Hounds of Apartheid had become an instrument – the iron fist of the white supremacist state.”

“And there were reprisals – a war on police dogs. The 1976 school uprising started with the killing of a police dog set on the protestors. Dogs were stabbed, shot and necklaced.”

“But,” said Swart, “They were trained to be violent, just like people. History’s greatest strength is the ability to take the status quo and show it was not always so and can be changed again. We tend to become lost in the seductive power of the one big story, forgetting what was achieved in the first 50 years by only focusing on what came after. The shift from nose to teeth and the Hounds of Apartheid was not inevitable. There were once good dogs and there can be good dogs again.”

In response to the incident with the Mozambican workers and others there have been changes in training techniques with police dogs only deployed if necessary.

Asked if such brutalised animals could be rehabilitated, Swart replied: “Some may be too damaged to co-exist with humans. Then it probably would be better to put them down than have them end their days going crazy in isolated cages.”

And what would take to overcome the trauma of encountering police dogs for many African people? “Knowing the history and the police modelling good dog-human behaviour for society,” said Swart. “Police dogs are irreplaceable – look at their role in the recent floods. We don’t have enough and we can’t do without them so we have to fix the trauma.”

“Police dogs have been made part of a history not of their own making.”