Professor Robert Martin, Emeritus Curator of Biological Anthropology at The Field Museum, Chicago, Academic Guest of the Institute of Evolutionary Medicine at the University of Zürich and STIAS fellow will present a talk with the title:

Abstract
Darwinian Medicine, a relatively new discipline, stems from the conviction that understanding evolutionary history can enhance knowledge of human medical conditions. Study of reproductive biology is of central importance because natural selection – the basic mechanism of evolutionary change – acts through differences in breeding success between individuals. Selected examples from both female and male aspects of reproduction will illustrate how an evolutionary perspective can yield new insights. Comparative information, not only from other primates but from other vertebrates generally, yields general principles that, in combination with epidemiological evidence, can throw new light on the origins of human disorders.

The examples begin with the question “Why so many sperms?” and move on to the key concept of sperm competition. The focus then shifts to a widespread decline in human sperm counts and a striking increase in reproductive cancers (testes, prostate), taking bisphenol A (BPA) as an example of endocrine disruptors. Attention to female aspects leads from the standard model of the human ovarian cycle and the notion of a “fertile window” to evidence for the game-changing interpretation that sperms are stored in the human womb, such that there is no well-defined mid-cycle period of fertility. Human pregnancy is then viewed in a broad comparative context, introducing the misnamed “morning sickness” and its connection with fetal protection. This connects to the “immunological paradox”: Why does the mother not reject her fetus as a foreign body? In fact, various mammal lineages solved the problem of fetal rejection by recruiting genes from retroviruses that evolved to circumvent a host’s immunological defences.

In conclusion, the overview returns to endocrine disruption and evidence that BPA is also a prime suspect behind the increase in female reproductive cancers (ovaries, womb, breast).

Robert (“Bob”) Martin originally trained as a zoologist at the University of Oxford, UK and followed this a few years later with a DPhil (Oxford’s idiosyncratic label for “PhD”). Following a two-year spell of postdoctoral research at the General Ecology division of the Muséum National d’Histoire Naturelle in Brunoy, near Paris (France), he took up his first academic post on the faculty of University College London. During the 17 years that he spent in London, he also held intervening posts as Senior Research Fellow at the Zoological Society of London, as Visiting Professor at Yale University and as Visiting Professor at the Musée de l’Homme, Paris. He then spent 15 years as director of the Anthropological Institute in Zürich (Switzerland) before taking up an appointment at the Field Museum in Chicago. After serving as Provost there for five years, he returned to full-time academic activity as A. Watson Armour III Curator of Biological Anthropology. Since his formal retirement three years ago, he has continued as Emeritus Curator while holding adjunct appointments at the University of Chicago as a member of the Committee on Evolutionary Biology and as professor in the Department of Anthropology. His list of publications includes over 300 items, most notably the widely used 1990 textbook Primate Origins and Evolution and his 2013 book for a general readership How We Do It: The Evolution and Future of Human Reproduction. As a result of his academic travels, he is completely fluent in French and German. (To learn more see his Wikipedia profile and personal website: en.wikipedia.org/wiki/Robert_D._Martin and robertdmartin.wixsite.com/how-we-do-it.) 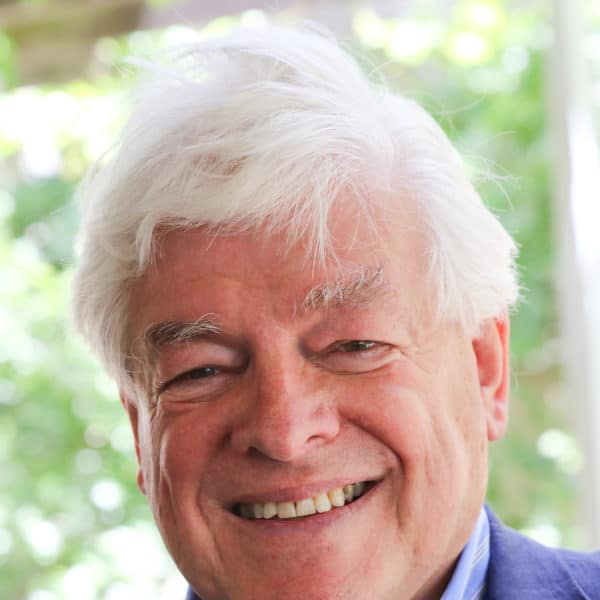