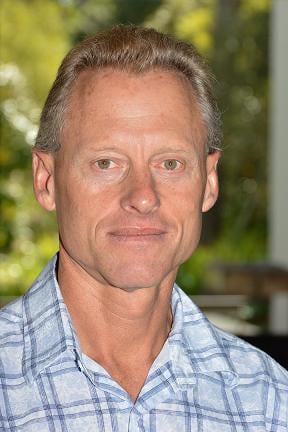 South Africa is on the right track legally to protect water and natural resources but must make sure the strong legal framework that exists is implemented. This was the opinion expressed by Prof. David Takacs from the University of California Hastings College of the Law, in a fellows’ seminar presented at the Stellenbosch Institute for Advanced Study (STIAS).

Prof. Takacs’ research involves two related case studies – how South Africa is balancing the Constitutional right to clean water while preserving the resource for present and future generations of humans and non-humans, and an examination of South Africa’s developing biodiversity offsetting policy, which attempts to balance economic development with biodiversity preservation. “Both case studies address the urgent question of how developing nations may simultaneously steward vital ecological resources while raising citizens’ standard of living,” said Prof. Takacs. “South Africa’s quest to balance these goals will be studied with the hope of offering advice on how the nation might continue to develop its groundbreaking legal reforms and as a case lesson for other developing countries”.

“South Africa was ahead of the world when it enshrined clean drinking water as a human right in its Bill of Rights in 1996 so what happens in South Africa is important for the world,” said Takacs. “The challenge is implementing the vision.” (The United Nations General Assembly only enshrined safe and clean drinking water and sanitation as a human right in 2010.)

“In 1994 10 million South Africans had no access to safe, clean water and 20 million had no basic sanitation. Now – depending on the statistics used – 85 to 94% have,” said Takacs. (Free basic water in South Africa means 25 litres per person per day within 200 metres of the dwelling.)

However, the country’s water sources are severely limited – with few rivers, low rainfall (and 92% of it evaporates before reaching rivers or streams), seasonal variability, regular droughts (exacerbated by climate change) and the fact that during Apartheid populations were often settled at a distance from water sources.

Takacs pointed to three early documents on water rights in South Africa – the White Paper on a National Water Policy for South Africa (1997), the National Environmental Management Act (1998) and the National Water Act (1998). These documents described water as a public good whose provision should be governed by a Public Trust Doctrine. “This emphasised that some of Earth’s riches should never be sequestered for private use,” said Takacs. “Such resources must be stewarded by those in power and used in the public interest.”

“These documents also emphasise that water is an environmental resource for the needs of non-humans as well,” said Takacs.

Some of the other principles highlighted by these documents include that water be allocated for both human use and environmental requirements; that a water reserve be maintained; that water rights are a progressive right to be fulfilled in accordance with available resources; and, that the government will not provide unlimited free water.

Takacs points to the 2008 case of Mazibuko v. The City of Johannesburg which also went before the Constitutional Court in 2010 as a low point along the route to water equity. In this case township resident, Lindiwe Mazibuko, alleged that the daily limit of 25 litres of water per person per day was not sufficient and that the prepaid metre system was discriminatory. “This was the first case of this type to reach the level of the Constitutional Court anywhere in the world,” pointed out Takacs. The Court found against the plaintiff in what Takacs described as a missed opportunity because it “could have pursued an equity solution”.

However, Takacs believes the country is back on track with the publication in 2013 of the National Water Resource Strategy which looks at technological solutions to improving water quality and availability at source, as well as reallocation. This was followed in 2014 by the proposed Strategic Infrastructure Project 19 which comprises over 140 short, medium and long-term projects which include building sound ecological infrastructure to protect water at source and building water reserves. SIP 19 has not yet been approved by the Presidential Infrastructure Coordinating Committee.

Although practical implementation is lagging, Takacs described this as “A vision that marries equity and ecology, and a vision I haven’t seen anywhere else in the world.”

Destroying life here while preserving it there

In his second case study Takacs is looking at the controversial topic of biodiversity offsetting where governments or private companies pay to preserve an ecosystem in one area to ‘offset’ their destructive activities in another area. There are strong arguments for and against this practice. The arguments against include that no two ecosystems are ever identical; that it is simply unethical to take lives today in exchange for the promise of more lives tomorrow; the fact that we are commodifying things that shouldn’t be quantified; and, that although the destruction is permanent, the offset may not be. Arguments in favour include that we are giving economic value to what previously had no value and incentivising conservation on private lands. Also, importantly, it asks us to plan strategically where we want to develop and where we want to conserve on a landscape level. There are also many legal issues that need to be addressed at local and international level like who does the offset, who monitors compliance, and, who is liable if the offset fails?

Takacs believes that such offsetting involves “tinkering with the parts of nature we don’t fully understand” but that it is something that is going to happen whether we like it or not and best practices are needed to manage the process. South Africa currently has draft discussion documents and policies in development. It also has excellent mapping data for its over 400 different types of ecosystems.

If biodiversity offsetting is going to happen anyway “we must do it in the best possible way,” he said, “getting some kind of ecosystem preservation that we wouldn’t otherwise get”.

“One idea would be to prioritise biodiversity offsetting to water-catchment areas thus increasing the provision of safe, clean water and potentially generating employment for locals while simultaneously preserving biodiversity in rich riparian zones. These are the kinds of practices South Africa must consider,” added Takacs.

Takacs believes that what is in draft form in the country regarding biodiversity offsetting looks promising but “what is on paper in SA is not yet in practice”.

Both water management and biodiversity preservation are extremely challenging and emotive topics and will become more so in the face of climate change. No country in the world has the answers as yet. “It’s like building the bike as you’re riding it (and before anyone else is building it),” concluded Takacs.