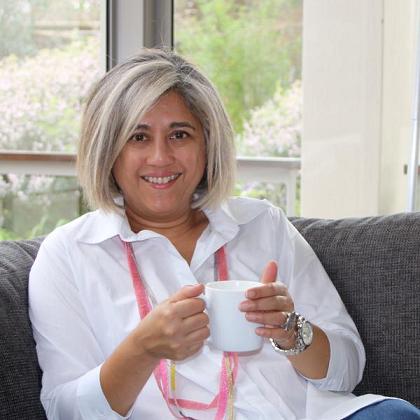 “Among the anxieties that plague us is the seeming collapse of social consensus behind one of the centerpieces of South African democracy – the Constitution. The equality clause comes under particular challenge for imposing western individualism and undermining indigenous cultures.”

“The refrain is heard that the Constitution is an imposition on citizens, a set of ideas that is either part of a mentality of colonialism, or something more evil: an insidious attempt to dampen the legitimate aspirations of poor (and especially, landless) people through a strategy of containment,” said Prof. Shireen Hassim, Professor of Political Studies at the University of the Witwatersrand and STIAS fellow, who presented a STIAS public lecture on Historical perspectives on concepts of gender equality in South African politics.

She described the equality clause in the Constitution as “the product of a century of struggle by real people in the very real context of the oppressions and exploitations of colonialism and apartheid in capitalist South Africa.”

She pointed out that: “The concept of equality has been the centrepiece of many political movements in South Africa, not least the women’s movements. However, what precisely is meant by equality is a matter of considerable contestation.”

Prof. Hassim addressed the debates by examining how equality was understood in two key historical documents – the 1954 Women’s Charter and the 1994 Women’s Charter for Effective Equality adopted by the Women’s National Coalition at the dawn of democracy.

“The charters are book-ends to the most significant half-century in modern South African political history,” she said. “Read together, they clearly lay out an ethical position, a vision of the good society, a set of normative virtues to guide relationships between citizens, and between citizens and the state.”

She identified three ways in which the two charters were similar and “radical”: 1) including women as full members of the nation; 2) framing equality in far-reaching ways by addressing the rights of women in the private sphere; and, 3) reflecting a conception of rights as not only status but also bodily inequalities.

In the 1950s although women were active in many political and community organisations, they were “political actors without political status”. The 1954 charter envisioned a universal citizenship distinct from the ideas offered by other political movements – “which were centred on race and nation as the dominant framing”.

The charter identified the common forms of subordination of women across race – in families, communities and workplace, and legitimised women’s role in public politics “within a language of working for the nation, rather than in the interests of women’s liberation per se, independently of struggles against capitalism and apartheid”.

By the drafting of the 1994 Charter, she pointed out that there was no need for further arguments for full recognition of women’s rights. “Women’s claims were made in a straightforward fashion on the basis of their citizenship rights, rather than as members of a nationalist movement. ‘We are here to claim our rights’ said the document”.

This was influenced by various realities. From the late 1970s women had begun organising at community level to address ‘bread and butter issues’ like food prices and rents, inadequate housing, public transport and access to water and electricity. Organisations that were formed used language that stressed non sexism as a core value of democracy.

The role of women in exile was also influential – as it became clear that their increasingly active participation in groups like Umkhonto we Sizwe was not matched by participation at the executive levels of the ANC.

Democracy in which women are not represented is not democracy

However, it was not clear cut. “The stark symbol of women’s political marginalisation was the failure to include a single woman in any of the teams constituted by political parties and movements to negotiate the terms of a democratic society.”

Despite this, Prof. Hassim pointed out that the central aims of the two charters were included in the 1996 Constitution:

a) women’s legal and political equality is recognised, and equality trumps cultural values;

b) the demand for socio-economic rights as part of a conception of justice is incorporated;

c) affirmative action is recognised as a strategy to redress historical disadvantages; and,

d) through the mobilisation of the LGBTI movement, sexual and reproductive rights are included.

“Most forms of unfair legal discrimination have been removed from the statute books,” she stressed. “Most of the legal rights that the two charters demanded, such as the right to contract, to inherit, to own property and obtain credit are secured in South African law.”

But, as Prof. Hassim emphasised “the project for democracy is incomplete”. She highlighted the fact that political rights have come to be seen as a demand for quota-based positions; the voices of women without access to decision-making institutions need to be heard; and, in rural areas under the control of traditional authorities, despite the constitutional guarantees, “women are less likely to have an equal voice“.

“What we have seen is that the struggle for rights is not linear; rights can be won and lost in a remarkably short space of time.”

“The state may co-opt the language of equality and use it in ways vastly different from the meanings intended by the constituencies that fought for the rights in the first place,” she continued.

She emphasised that: “Respect for customs cannot mean a return to patriarchies, no matter how embedded they are in belief systems. And legal and constitutional rights do not in and of themselves produce social change, even when they are the product of political mobilisation.”

However, she pointed out that the answers lie only partially in what happens in the state and the Constitutional Court. “It is really in the capacity for organisation and mobilisation of ordinary people that truly meaningful outcomes can be shaped. What this history tells us is that the state and political parties and are not exactly reliable as allies.”

She concluded by saying: “We should be embracing the challenge of articulating democratic norms in radical ways.”

“The century-long struggle for rights should not be abandoned,” she continued. “The content and meanings attached to the concept equality should be the focus of collective mobilisation directed at and through the state and the courts. If that doesn’t happen, conservatives will prevail.