“In the Global South as elsewhere, informality and social relations shape and link economic, social and cultural concerns allowing marginal people to insert themselves into the formal economy with services that the State fails to provide,” said Elieth Eyebiyi, of LASDEL (Laboratory for Study and Research on Social Dynamics and Local Development) Benin and CREPOS (Social Policy Research Center) Senegal. “I’m looking at fuel smuggling on the Benin-Nigeria borderlands since the democratic renewal in the early 1990s, when liberalism arose and the Welfare State ended in this region. This smuggling meets the daily needs of everyone, including State structures, and contributes to regulating public action. These activities are legally prohibited but socially tolerated, and embedded in the informal economy.” 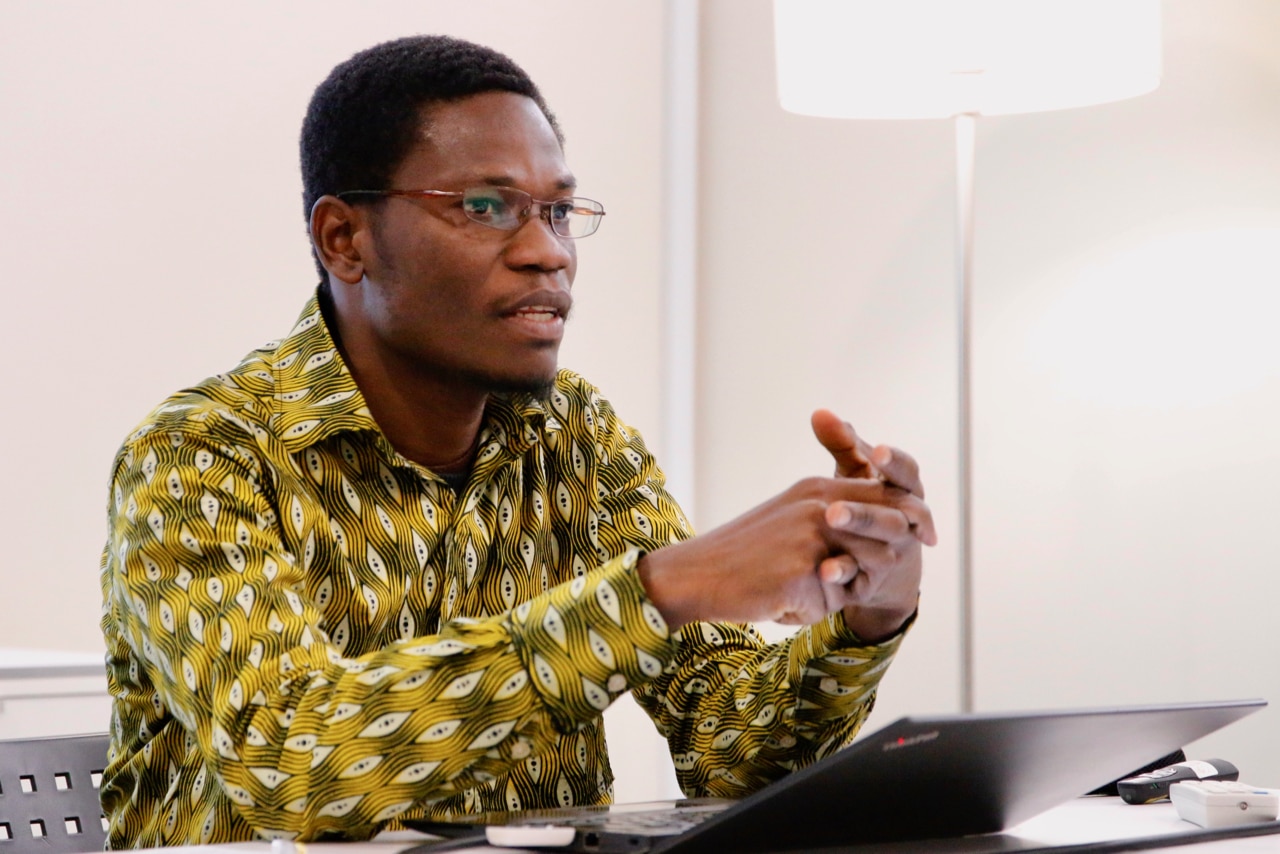 “I’m looking at the concept of informality as a platform to consider the co-production of controls in the public space in the context of multi-stakeholder governance where order, defiance and transgression meet,” added Eyebiyi who is a STIAS Iso Lomso fellow. “I intend to analyse informality as a dimension of the social contract initiated by marginalised actors in response to the crisis of the Welfare State in the Global South.”

He pointed out that fuel smuggling across the Benin-Nigerian border has a long history but increased since the Biafran War of the late 1960s/early 70s and the oil boom in Nigeria from the 1970s.

“Nigeria is an oil producer, Benin is not and therefore fuel smuggling is embedded in the history of trade between the two countries.”

“In Benin there are not enough petrol stations, people earn on average US $2 per day and an estimated 60% of fuel consumed comes from smuggling,” he continued.

“Overall, it’s estimated that the informal economy accounts for 20% of GDP in Nigeria but as much as around 75% in Benin.”

“It’s clear that the informal drives the formal. The formal is the tip of the iceberg.”

The advent of democracy after dictatorship in Benin in the 1990s was a turning point in the social and economic life. It meant increased freedom to do business without State control but also led to the rise of the informal economy and decreased power of the State to regulate. Eyebiyi also pointed out that in this period the International Monetary Fund and World Bank pushed the government to accept structural adjustment programmes which led to many public officials losing their jobs and having to seek alternate employment opportunities including in the informal economy.

His work will explore four concepts – informality (every day activities that are not clearly legal or illegal); practical norms/common practices (the solutions people find to attain their goals); the importance of mobility; and, the concept of borderlands vs. borderlines. It’s an ethnographic study which, to date, has involved semi-structured interviews on both sides of the borderlands as well as detailed analysis of media sources.

“Fuel smuggling covers a range of activities and stretches over a large area,” he said. “The actors include smugglers, union officials, wholesalers, retailers, transporters, spotters, police, customs officials and, even, firefighters.”

A border is not a line

What is immediately clear is that the borderline is not seen by local communities as a border.

“It’s not restricted to a line. The same communities – mostly Yorùbáin the South – live in this area. The border is an artificial separation. Houses may cross borders.”

“It’s difficult for a homogenous community to perceive borders,” he continued. “These people define and see themselves as cross-border people. They don’t see the border in their daily lives – mobility is very important.”

In addition to unclear borders, the margins of informality and formality, legal and illegal are also not clear.

“People say they are only trying to survive. They are conducting ‘resourcefulness activities’ (activités de la débrouille) which may be legally problematic but are socially acceptable.”

Eyebiyi pointed to smuggling as a relatively stable system with people who have been active in it for 25 years. “Although they indicate that they wouldn’t want it for their children,” he said.

Although the State has responded differently in different periods including a more violent mode from 2011 onwards, when the police and army were mobilised, there is a sense that the State realises it can’t really fight against it because it is needed.

“Those in charge – the ‘Godfathers’ – are seen, to some extent, as modern Robin Hoods – reinvesting in social needs, redistributing and providing what the State cannot. A solution to the State’s absence.”

Eyebiyi added that for many authors writing in this field the common view is that the informal economy is a reaction to the weak provision of services and lack of social protection in Africa – based on the idea that the European Weberian state is the ideal.

“But this is a restricted view. It’s one model. An ideal we can’t reach. We can’t read with the same glasses. We must take a holistic view in order to better understand what happens.”

“The State is also an actor.”

“Many actors play the game of life according to practical norms, means and their capacity to survive,” he added.

Eyebiyi’s next steps will include studying the mechanics of the trade; examining the bureaucratisation tools as well as the language of informality.

“This research subscribes to a critical and empirical perspective. It is based at the crossroads of anthropology of the State, the sociology of daily life and social economy,” he said.

“We have to understand where different becomes normal, learn to unlearn and to think differently, take pragmatism and reality into consideration, and unpack the full potential of informality.”