STIAS Lecture Series 2015: Vidyanand Nanjundiah – To what extent is biology an autonomous science?

To what extent is biology an autonomous science?

Natural scientists tend to view their sub-disciplines within a hierarchical framework. Physics is considered to be at the apex. Chemistry is thought of as a derivative science, entirely reducible to physics; in turn, biology is believed to be reducible to chemistry and physics. The aim of this talk is to analyse the latter belief. The concepts of arbitrariness and contingency will be central to the discussion.

Living matter is characterised by an intricate web of interactions at all relevant scales. Cells, tissues and organisms constantly communicate with one another. In consequence, the states of the interacting units are mutually dependent (for simplicity we stick to pair wise interactions and ignore ‘bystander’ and other many body effects). We can describe this by saying that there is a breakdown of autonomy. Communication can act through a physical signal, e.g. pressure, or a chemical signal, e.g. a hormone. Both types of signal convey information and elicit a response. Is the response related to the signal, and if so, how?

In many cases, it appears that the response is implicit in the signal. Consider an enzyme that catalyses the breakdown of a substrate molecule. The enzyme has a 3-dimensional structure that recognises a certain portion of the substrate and therefore binds to it. As a result, it speeds up the rate at which the substrate is converted to product. In other words there is a logical link between the enzyme and the substrate, and the logic is based on well-understood principles of physics and chemistry. (Indeed this fact makes it possible to design an enzyme for a specific purpose.) The resulting biological phenomenon is (in a sense) predicted by the underlying physics and chemistry.

In other cases, if there is an underlying logic to the link between signal and response, its details remain unclear. The example most often advanced is that of the genetic code. It is said that the only ‘explanation’ for the code is that it is something that happened by a series of chance events in our evolutionary past. Because the code was successful, it got ‘frozen’. In principle any code could have worked, and the one that is in fact used is believed to be an accident of history. If true, in this case the signal-response link is arbitrary. Arbitrariness in communication opens up a vast range of possibilities for the functioning of living matter. The possibilities are constrained by the principles of physics and chemistry but are not necessarily deducible from the principles. This makes it possible to claim that at least in part, biology is an autonomous natural science.

Vidyanand Nanjundiah is Professor at the Centre for Human Genetics, Bangalore. After completing his studies in physics at the University of Chicago, he moved into biology. To begin with he worked on directed movements and collective behaviour in a soil amoeba. That led naturally to an attempt to understand the evolution of social behaviour. His current research explores how cooperation might be achieved among units that are not related by kinship and, more generally, under what conditions group interests can override those of the individual. He tries to combine experimental work with mathematical models. His other interests are science popularisation, travelling, music and art. 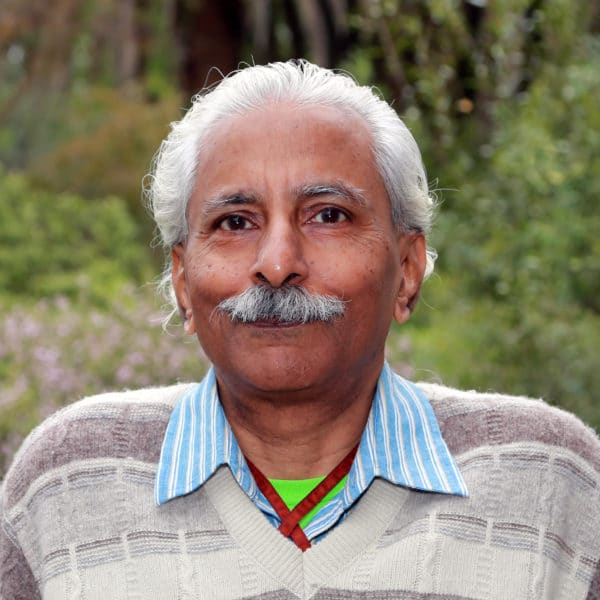