In 1972, the British scholar Roger Cardinal coined the term “outsider art” as an English equivalent of “art brut”, French artist Jean Dubuffet’s term for artists creating extraordinary work outside the boundaries of mainstream western art. As early as the 1940s, Dubuffet recognized the work of these artists, individuals who often had little or no art training, and were as much obsessive as creative, even socially maladjusted (en.wikipedia.org/wiki/Outsider_art).

In the same year the term “outsider art” was coined, the personal encounter with the first of two outsider artists, Helen Martins in Nieu Bethesda, a reclusive and ostracized figure in this small, ultra-conservative Afrikaans community, led to the play, The Road to Mecca, which attempted to both recognize Helen the artist, and tell something of her story. The reason for her ostracism was the extraordinary collection of statues in her backyard, which came to be known as the camel yard – her dominant motif was of Wise Men of the East travelling to Mecca. One of the results of this play, which continues to be frequently staged, was that it brought a measure of recognition to Helen and her achievements, as well as prosperity to what was then a dying village.

Forty years later, I became aware of another outsider artist worthy of the same attention, working in completely different circumstances and also with a different medium. Where Helen was primarily a sculptor, Nukain Mabusa was a farm labourer who devoted all his spare time to painting, working most intensively from the late 1960s to the early 1980s. On a farm in Revolver Creek near Barberton, Mpumalanga, Nukain painted all the rocks on a particular koppie in vivid colours, using his own bold designs tailored to each specific rock (art.co.za/nukainmabusa). In 2009, I made an attempt to tell Nukain’s story, as I had done with Helen’s – exploring the world of an artist with the focus on the individual, perhaps at a cost to situating them in their sociopolitical environment. Without much faith in the final product, I never released this play. Now, five years later, the environment of present-day South Africa made me realize the true potential of Nukain’s story, and that, even though he worked on the fringes, it can in fact not be fully realized without taking on the realities of his existence in Apartheid South Africa. I am currently attempting to tell his story again in The painted rocks at Revolver Creek. 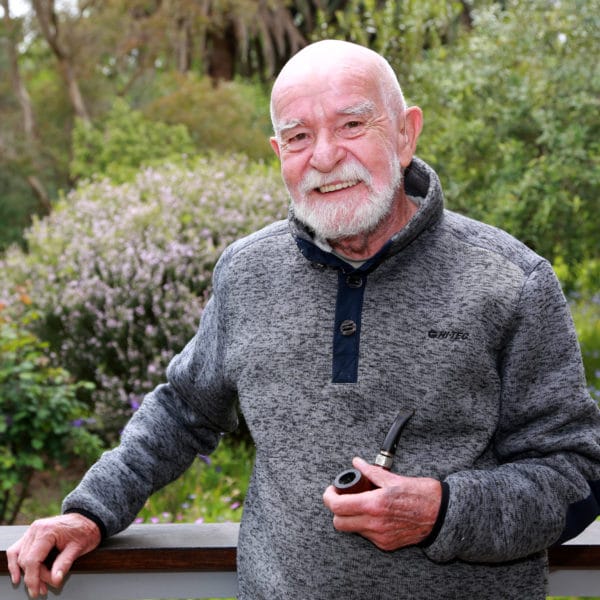