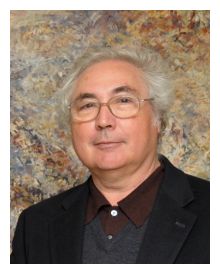 Manuel Castells, STIAS Fellow and world-renowned sociologist, has won the Balzan Prize for 2013. This prestigious prize is awarded by the International Balzan Prize Foundation to scholars, artists, and scientists who have distinguished themselves in their fields on an international level.  The Foundation was established by Lina Balzan in 1957 memory of her late father, Eugenio Balzan (1874 – 1953), the long-time managing director and part-owner of the leading newspaper of Milan, the Corriere della Sera. He invested his assets in Switzerland and left Italy in 1933 in protest against fascism.

Four prizes of 750 000 Swiss francs are awarded annually. The award fields vary each year and can be related to either a specific or an interdisciplinary field. The prizes go beyond traditional topics both in the humanities (literature, the moral sciences and the arts) and in the sciences (medicine and the physical, mathematical and natural sciences), with an emphasis on innovative research.

Castells was honoured “for his wide-ranging and imaginative thinking through of the implications of the great technological changes of our time: the digital revolution and the profound social and political challenges brought about by the emerging technologies of communication and information processing associated with computing, microelectronics and the internet. And for having proposed a general theory of the new global information society that has arisen out of these techniques”.

The recipient expressed his surprise at the award for two reasons. “The first is that it is rare that major scientific prizes that relate to all fields of science include sociology. The second is that this is a special prize because one of its provisions is that half of the monetary amount of the award has to be used for research conducted primarily by young researchers under the direction of the laureate. And this is exactly what I intend to do.”

Castells has received many awards, including last year’s Holberg International Memorial Prize from the Norwegian parliament. His expertise in communications has earned him, among other distinguished awards, the Guggenheim Fellowship, the C. Wright Mills Award from the Society for the Study of Social Problems, Spain’s National Prize of Sociology and Political Science, the Erasmus Medal of Science from the Academia Europaea, the Robert and Helen Lynd Lifetime Achievement Award from the American Sociological Association for his contribution to community and urban sociology, and the Oxford Internet Institute Lifetime Achievement Award.

Castells will return to STIAS as Fellow in 2014 when he will continue his research on the relation between work on informationalism and development.